Meet & Engage invited Stuart Johnson, Director of Careers Service at the University of Bristol and Kerry Hyde, Senior Careers Consultant at the University of Sheffield to lead a discussion focused around the transition that students go through as they graduate and move into their first jobs.

We were joined on the chat by around twenty HE professionals from universities across the UK.

Just over half of our participants were in a careers guidance role, with responsibly spanning graduate outcomes and employer engagement; the rest had responsibility for a mixture of student recruitment activity and student experience.

Is there a skills gap between university and work?

We started by focusing on the transition from student to employee. Stuart Johnson prompted the group for their thoughts on whether there is actually a skills gap here.

Similarly, a 2018 Open University report found that 97% of organisations working in STEM and 96% of financial organisations have had difficulty hiring skilled employees over the last 12-months.

On the other hand, Stephen Isherwood, Chief Executive of the ISE, has argued that the so-called skills gap is actually a transition.

So, rather than focusing on the gaps in graduates’ skillsets, successful integration into the workplace demands that employers, universities and graduates focus on (and seek to better understand) different aspects of the transition.

At the Graduate Employability Conference 2019, Stephen Isherwood explored the idea that as students move from university into work, they make a series of cultural and psychological shifts.

They move from being consumers – customers of the university – to the opposite relationship: they must now, effectively, provide a service to their employer.

Similarly, rather than having a large group of peers, they become part of a more complex hierarchical structure.

At university, tasks are clearly defined and can be tackled flexibly; at work, tasks are ambiguous and must be delivered within the confines of the working week.

Last, but not least, graduates must make a shift in mindset: from striving for perfection – scoring the best exam grade, writing the best essay – to striving for efficiency; at work they must strike a new balance between the time invested in a task and the outcome expected.

Some of our group maintained that there are genuine issues around skills.

There’s a “mismatch between the skills employers expect and the skills graduates have – or think they have” said one participant, adding “lots of recruiters talk about how they’re not looking for (graduates) to be the finished article but how well that translates into the workplace…I’m less sure.”

Another contributor thought that employers are unrealistic about the skills graduates require – for example, the ability to manage up from day one.

One put forward the idea that the skills problem was actually one of perception – that from the student perspective there are gaps in “articulation and recognition”.

On a related note, we agreed that graduates didn’t always know how to express their skills well and that their confidence – or lack of it – was a key factor.

As Stuart Johnson from the University of Bristol put it: “I certainly think some [graduates] tend to under- or over-confidence, which can lead them to under or overplay skills”.

We concluded this section of our discussion in full agreement with Stephen Isherwood.

One contributor felt that graduate identity – how graduates move from thinking of themselves as students to seeing themselves as an employee – was “a hugely under-explored area” for careers and employability professionals.

I think that there may be some skills gaps, but it’s far more useful to think about it in terms of transitions. I also think that an under explored area of that graduate identity, and one of the most fundamental steps is how traditional students go from thinking of themselves as students to that of employee.

How can we support students through transitions?

Assuming the skills gap is best viewed as a transition, we moved on to discuss how universities can support graduates to successfully make that change.

Perhaps unsurprisingly, given the professional make-up of our group, none of our participants thought the careers service have the main responsibility for the transition of a graduate into the workplace.

An aside: we think it would be very interesting to see the results of a poll amongst students – who tend to see themselves as customers of the university – or employers.

What proportion of these groups would say that university careers services should bear the main responsibility for helping graduates transition into work?

There are always areas where the Careers Service can support, however, it’s up to the grad to take the steps – I won’t say career services have nothing to do with it!

Whilst our participants didn’t think careers services could take the lead on bridging the skills gap, clearly, universities have a vital role to play in helping students make a successful transition into the world of work.

Next, we explored some of the practical things careers services are doing.

Kathy Johnson, Meet & Engage’s HE Client Partner, led the discussion by asking if there is a direct correlation between how involved employers are with universities and how well their expectations match reality.

One contributor had found that “SMEs who haven’t worked with a university previously have less awareness [of graduates skills levels] than major recruiters who have.” He asked whether careers services need to manage the expectations of employers more.

Stuart Johnson agreed that different employers will have different expectations whilst Kerry Hyde, from the University of Sheffield Careers Service, added an important qualifier – that our engagement might need to focus on managers in a business, not recruiters.

Other contributors were quick to agree, saying: “Those running the grad scheme are often not the line manager – and expectations may be very different.”

One suggestion was to “make sure the manager has experience of training and working with grads rather than just experienced hires.” Perhaps there is a skills gap after all – amongst recruiting organisations’ line managers!

Another idea put forward was to take inspiration from post-graduate course design and involve employers in designing the course.

Beyond that, it was suggested that “increasing focus on curriculum collaborations and work-integrated learning could help”.

It goes without saying that engaging with students, both as they approach graduation and afterwards, is essential in enhancing employability.

Did the group feel that this was going well at the moment?

One participant asked what others called the million-dollar question: “How do you engage the disengaged?”

He went on to voice his frustrations: “It is a common pattern that they don’t retain the information we provide them. I have delivered a whole set of lectures on employability and at the end they bring in the same CV they had 8 weeks ago!”

Kerry Hyde (University of Sheffield) advocated a multi-layered approach comprising “flexibility, innovation and not being afraid to fail”. She also thought it was useful in cases where students aren’t retaining information to use assessment to focus their minds.

Meanwhile, Stuart Johnson thought that sometimes you needed to attract students “by stealth” – and to not always lead on employability. He shared an idea that the University of Bristol have launched called Bristol Futures: “We get students to engage with big issues like global citizenship, innovation and enterprise and sustainability. They do this through online courses and optional units and then we encourage them into engagement opportunities (volunteering, student leadership etc). From there, we encourage them into our employability award. It’s a massive funnel!”

We explored the role online chat can play.

Several participants said they were seeing improved outcomes from running online webinars, peer review sessions and talks on skills – they felt students were more likely to attend these than traditional on-campus events.

It was also mooted as a good medium for talking to international students – one contributor said that she found it useful to check understanding where students didn’t have English as their first language.

Concluding this section of our discussion, a perennial problem was highlighted: “Many of our students don’t engage until right at the end of the third year, by which point we don’t have the advantage of face-to-face support.” This participant added that her university were “exploring the idea of more group chats, like this, for graduates.”

Throughout the session, some common ideas and themes emerged.

Whilst participants did think there were some issues around skills – and in particular perception of skills – from both graduates and employers, they tended to agree with Stephen Isherwood’s view that it’s more constructive to re-frame the so-called skills gap as a transition.

We also thought that many of the perceived problems around skills were actually problems of confidence, articulation (from grads) and understanding (from employers).

Engaging effectively could help to reframe these issues.

That said, we noted that getting students to engage is a perennial problem, one that’s only exacerbated once they’ve left campus – or if they’re only with the university for a short while, as in the case of PG or international students.

Even when students do engage, delivering content on skills doesn’t always get results.

Maybe that’s because students don’t know what skills employers want or don’t perceive that they lack those skills.

Perhaps focusing on skills isn’t the answer; universities need to increasingly get graduates to engage with the differences between being a student and being an employee and explore the concept of transition with them better.

Whilst there was a lack of consensus on who should play the main role in managing the transition (graduates or employers) we did agree that there’s much careers services and universities can do to support students and employers alike through transitions.

We’re planning further discussions on HE in the near future. If you’d like to be part of our next discussion you can register for our upcoming events here. It’s a great chance to see how our live chat platform works in practice.

If you’d like a quick one-to-one demo of our live chat platform, we’d love to arrange that too – just contact Kathy at kathy.johnson@meetandengage.com or click here to book a demo online. 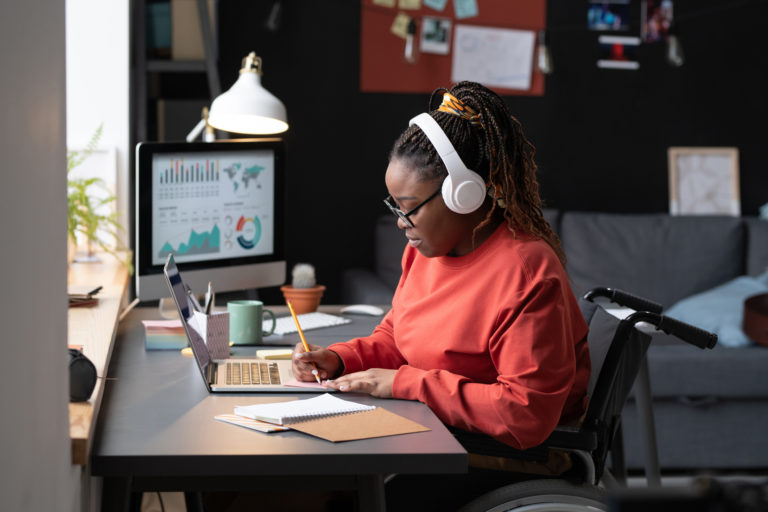 The early careers landscape has changed: how to engage and support candidates in 2023

If yours is a long or complicated recruitment process, it’s inevitably going to be a challenge to keep candidates engaged – and this means that 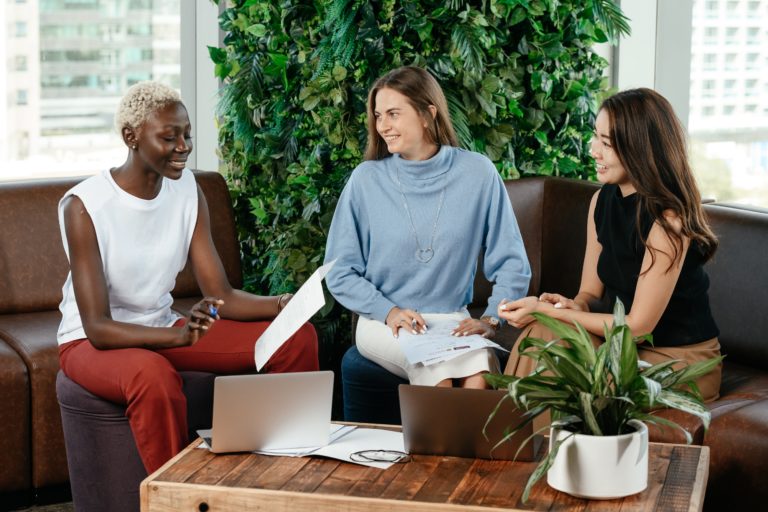 Gen Z – Giving back through the recruitment journey

How employers can provide guidance and reassurance in the Age of Uncertainty As we emerge from a few years that, if we’re viewing the glass